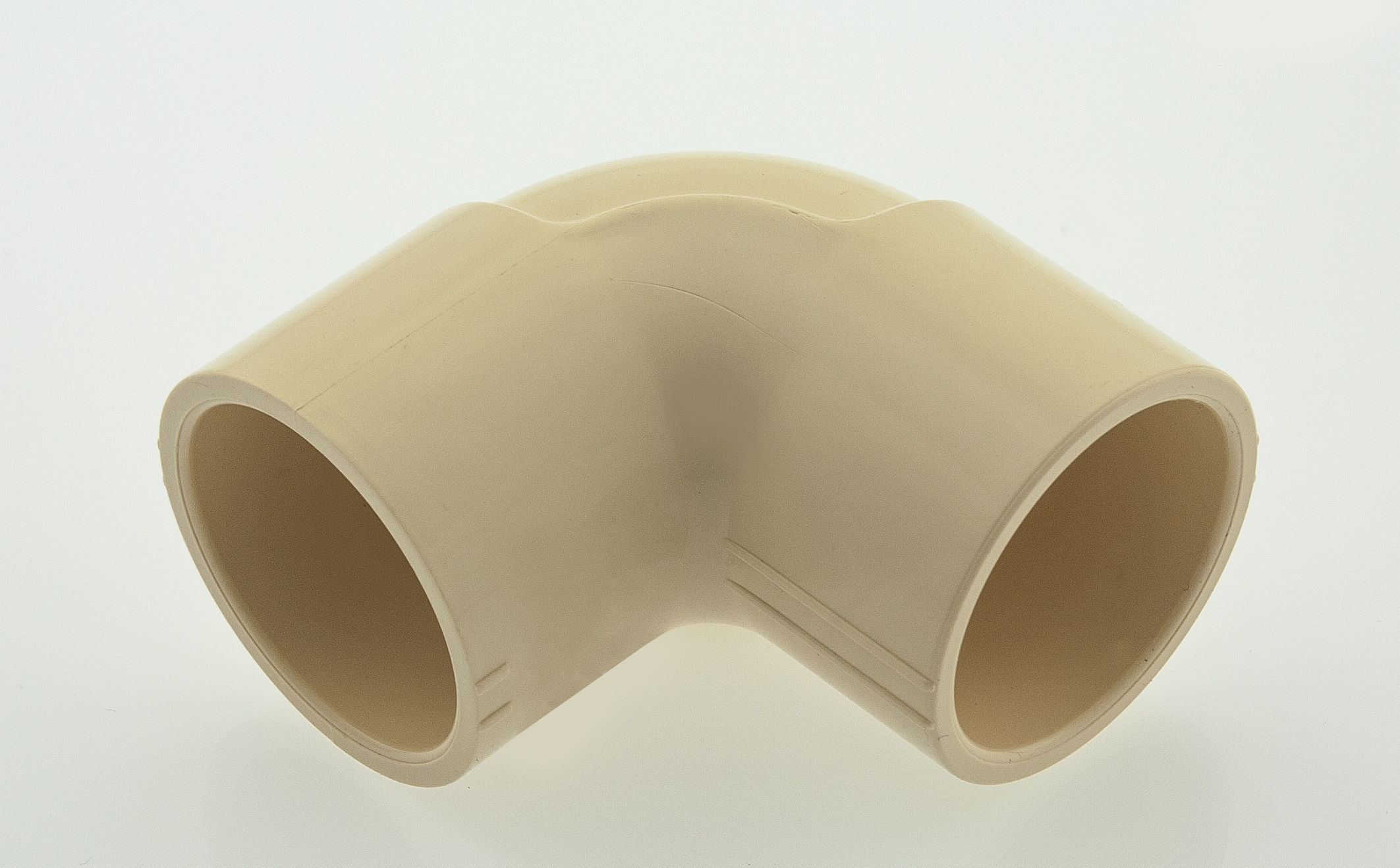 The function of a plumbing elbow is to provide a bend in the network of pipes wherever required, just like the human body, where the elbow helps in bending of limbs. These are made up of PVC polymer hence are sometimes known simply as PVC elbows or PVC Bend. The elbows connect two pipes together at a certain angle depending on the specification of the elbow.
Both 90 degree and 45 degree elbows are widely used in plumbing systems of all kinds.
There are different types of elbows in the market, some are mentioned as follows :

PVC Elbow 90 Degree
The most common type of PVC elbows are 90 degree elbows. These elbows, when connected two pipes, form an angle of 90 degrees. A PVC Bend is one of the most commonly used fitting and is used in all kinds of plumbing systems.
Elbows are also available in reducing type also known as PVC reducing elbows which connect a pipe of higher size with one of smaller size.
Other kinds of 90 degree elbows are long radius and short radius elbows used for large and smaller diameter pipes respectively. 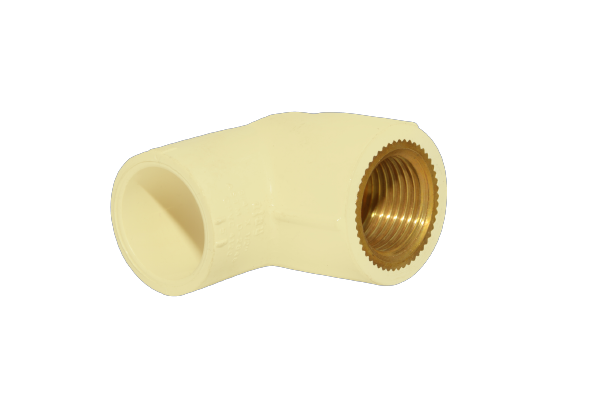 These type of PVC elbow fittings generally have female threads which are screwed with the male threads on the bathroom fittings. The threads may be all plastic or might be made up of brass and manufactured using a process known as insert molding. Elbows with brass threads are also called brass threaded elbow.

PVC 90 Deg Elbows are available in:

PVC 45 Deg Elbows are available in:

Ajay is a leading manufacturer of PVC pipes and Fittings and is a one stop destination for all your possible plumbing needs.
A huge collection of pipes and fittings in varying sizes along with solvent cement sealants eliminates your need for research before buying plumbings.
On-site training and all-time expert assistance by Ajay ensures your systems are installed quickly and efficiently without much hassle.

All the Ajay products are subject to strict quality standards and rigorous testing which makes them maintenance free, fit and forget systems. This unique feature considerably reduces the overall cost of plumbing.
Ajay manufactures products that are both good in quality and affordable making them suitable for households, commercial infrastructures, industrial and agricultural settings.

To buy Ajay products or to resolve any plumbing related query, please contact us by calling on our Toll free no. 1800-11-4050 or emailing us at info@ajaypipes.com.