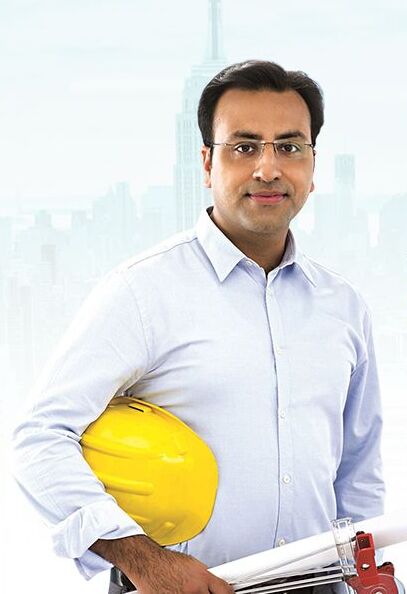 What are PVC Pipe Fittings?

Plastic pipe fittings are plastic pipe connectors used in the plumbing & drainage system to join multiple pipes of the same or different sizes either to lengthen the pipeline or change the direction of flow. This regulates the water flow in the plumbing system. Based on their nature, they are either used to combine, divert, or reduce the water flow and come in a variety of sizes and shapes. Combined both the PVC pipe and fittings form an essential part of any water supply or drainage system.
Polyvinyl Chloride (PVC) or Unplasticized Polyvinyl Chloride (UPVC) pipe fittings are used as pipe connectors for all plumbing & drainage purposes in residential & commercial buildings and are suitable for cold water distributions (up to 60 Degree C). PVC pipes and fittings are also used for irrigation, municipal water supply and various industrial applications.
PVC Pipes and fittings is the material of choice in India and has proven performance for all the above applications for over 50 years now.

PVC Tee
PVC Tees fittings are used to connect three pieces of pipes in plumbing or drainage application. Tees have one inlet and two outlets that resemble the right angle (90 degrees) in the shape of T. It can be used to combine the flow from two inlets to one outlet as well in case of drainage. They are also used to spilt the flow into 2 outlets in plumbing.

PVC Wye or Y
PVC Wye fittings are used to connect three pieces of pipes. Wyes have one inlet and two outlets that resemble 120 degree angle in the shape of Y with two inlets coming together at 45 degrees into a single outlet in the drainage applications. It can be used to combine the flow from two inlets to one outlet as well.

PVC Elbow Joint or Bend
PVC Elbow connectors change the direction of flow between the two pipes connected. Common elbows found in the market have 90 degree & 45 degree bends. Elbow fittings are joined together to move around obstructions in the pipe run.

PVC Coupling
A coupler is a very short length of pipe or tube, with a socket at one or both the ends that let the pipes to be joined. Coupling is used to repair a broken or leakage pipe.

PVC End Cap
Cap fittings cover the end of the pipe to stop the flow of gas or water. They are used at the endpoint of the piping system and are also used in piping headers for future connections.

PVC Flange
Flange fittings are flat and round to create a tight seal with bolts and clamps. These types of pipe fittings are used when pipes are passed through walls, ceilings, and floors.

PVC Union
Just like couplings, union fittings also connect two similar pipes. There are three pieces in a union namely a nut, a female end, and a male end. As soon as the female and the male end are joined, the nuts provide the pressure needed to seal the joint.

PVC Valves
Valves are used to adjust the flow of fluids. There are two types of valves. Throttling, non-return, and isolation. Throttling valves control the pressure and amount of liquid flowing in the pipe. Non-return valves also are known as check valves that allow the liquid to flow in one direction.

PVC Adaptors (male & female)
Plastic adaptors are pipe fittings used to connect pipes that are of different types. Because an adaptor can be male or female on one end. In case the ends are non-threaded, they can be welded, soldered, or glued to the pipe. PVC adaptors are widely used in different types of water systems. 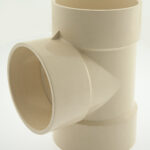 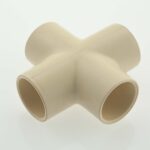 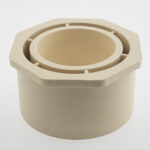 2. PVC Fitting type based on application:

Solvent cement –
It is either available in the liquid or gel forms. They are used to join PVC pipes and other types of plastics. Solvent cement is very convenient to use. Pressure pipe fittings are usually solvent joint type.

Ajay pipes are pioneers in manufacturing PVC pipe and fittings for all your plumbing and drainage needs.

If you are looking for more information on any of the topics below, please contact us!

Looking for the best PVC pipe fittings near you? Get in touch with us!

Fill in the form to receive the PVC pipe fittings catalogue. Give a call to Ajay Pipes experts on Mobile: +91 9355012531 or send an email to info@ajaypipes.com.